During a recent interview with Jimmy Kimmel, Lisa Kudrow, AKA Phoebe Buffay, told the story behind one of her home office knick-knacks.

Spotted on a shelf behind Kudrow was the black and white, clock cookie jar that was a staple in Monica’s kitchen. Kudrow revealed it was a gift from Matthew Perry.  Kudrow had a scene where she had to rush out the door, the line was,'Ooh, I'm late, I'd better get going.'"

Phoebe didn’t have a watch on so Kudrow improvised with the cookie clock by pointing at it, which Perry found hilarious.

Kudrow was appreciative of the gift but was worried because there was a strict,“don’t take anything from the set” policy.

“This is so nice! Did you get permission?'" Kudrow asked Perry, "because, I mean, my car used to get searched every night when I left."

More on the story here. 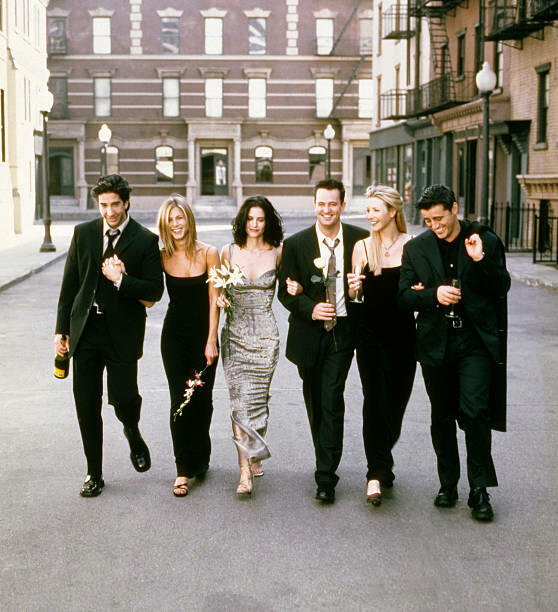